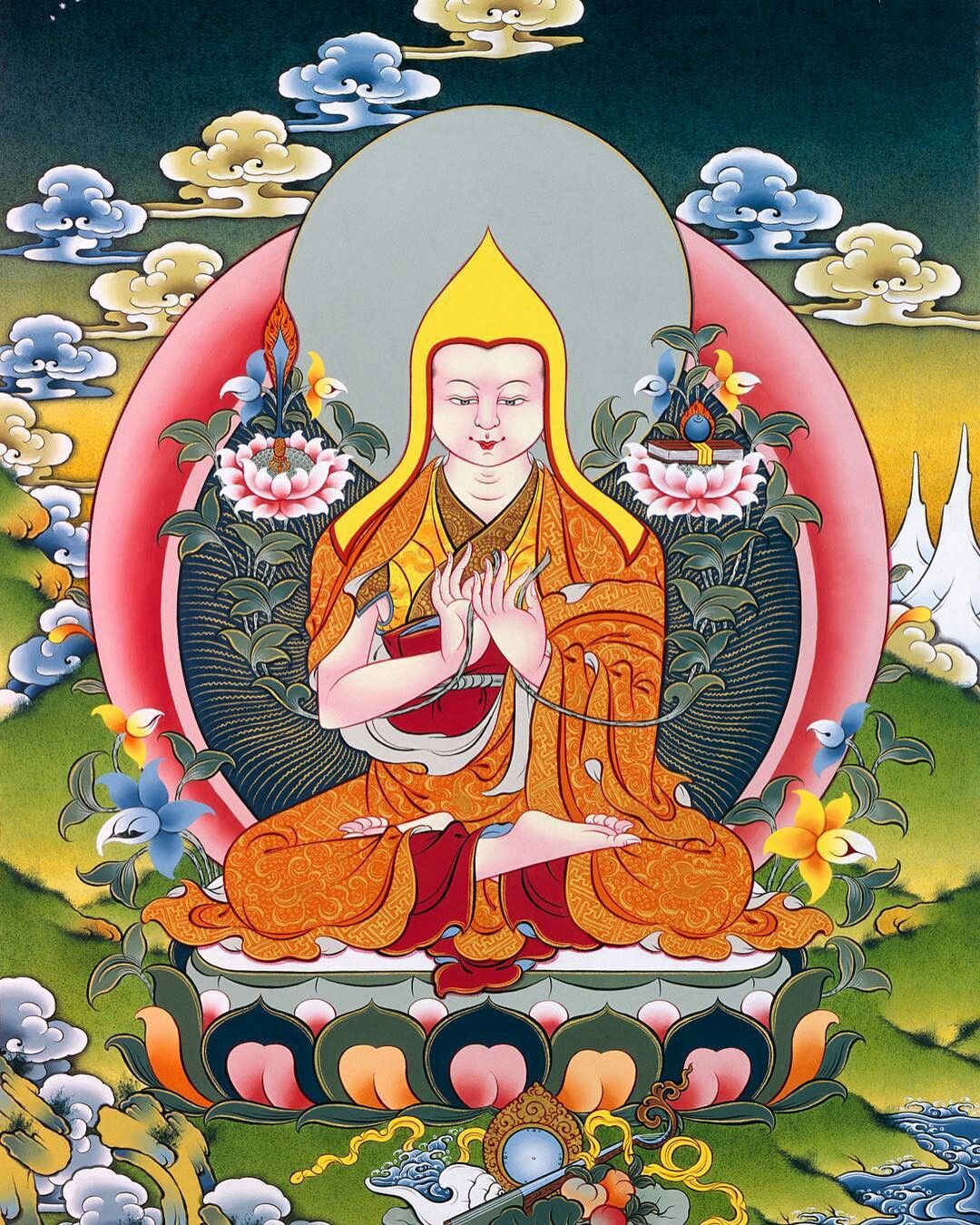 Je Tsongkhapa Lobsang Drakpa (1357-1419), is the crown Scholar of Tibet and Yogi who prospered the Nalanda Tradition of Buddhism in Tibet. Lama Je Tsongkhapa Day, also known as Ganden Ngamchoe will be celebrated on December 10, in 2020. Ganden Ngamchoe, literally “Ganden Offering of the Twenty-Fifth Day,” or Lama Tsongkhapa Day, is a celebration of the anniversary of Guru Rinpoche’s (Tsongkhapa) parinirvana. Je Tsongkhapa was one of Tibetan Buddhism’s greatest scholars and yogis. Lama Tsongkhapa’s brilliantly illuminated essence of Buddha’s teachings shines through and guides Tibetan Buddhists worldwide to this very day. He is the author of Lamrim Chemo — The Great Treatise on the Stages of the Path to Enlightenment — and other profound texts. Lama Je Tsongkhapa is also the founder of the Gelug tradition, the same tradition as our teacher, Venerable Geshe-la Phelgye, and his Guru H.H. the 14th Dalai Lama.

Ganden Ngamchoe is celebrated on the 25th day of the 10th month of the Tibetan calendar. Traditionally a day of light offerings, there are many other practices one can do to celebrate, and create merit on this special day. Merits accumulated on this day are multiplied by 100, 000, which can be further dedicated towards Buddhahood for the sake of all beings. 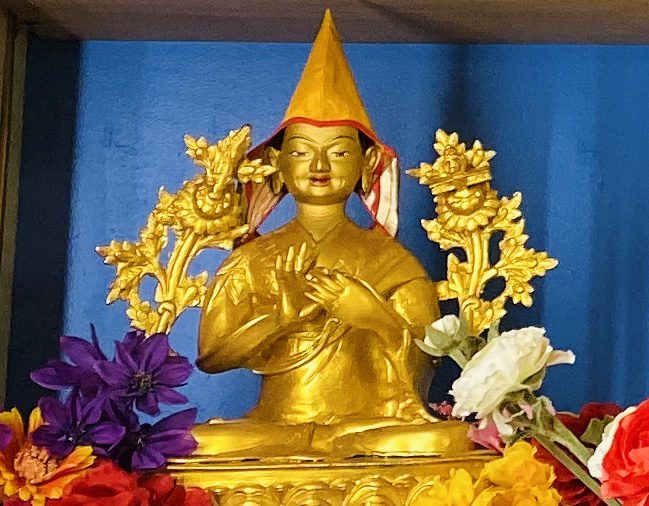 This year marks the 601st glorious anniversary of Je Tsongkhapa’s Parinirvana. The great Tsongkhapa Lobsang Drakpa, the founder of the Gelug Tradition of Tibetan Buddhism, the refiner of adulterating Buddhist practice in the Land of Snow was born in the Tsongkha region of eastern Tibet in 1357. Tsongkhapa was the fourth of six children in peasant family.

Tsongkhapa took the lay vows from the fourth Karmapa at the age of three. When he reached age seven, he received the novice vows from his teacher Choeje Dondrup Rinchen. At the age of sixteen he went to central Tibet, studied under the greatest teachers of the era from all the traditions such as the Nyingma, Kagyu and Sakya school of Buddhism. At the age nineteen he became the most renowned scholar in all of Tibet. Scholars from far and wide started to gather to learn from Je Rinpoche. In the year 1415 the great Gaden monastery was established, which became the founding monastery of the Gelug Tradition. One after another, these great monasteries were established; 1416 Drepung Monastery, 1419 Sera Monastery, 1433 Gyumey Monastery,1447 Tashi Lhunpo Monastery and 1475 the Gyuto Monastery. These are only some of the root monastic institutes following Tsongkhapa’s lineage around Lhasa and surrounding areas. The tradition grew and flourished like wildfire all over Tibet, its Himalyan region, the entire sister countries of the Mongolian region and is now practiced worldwide. He has written eighteen volumes of the best commentaries on Sutras, Tantras and Vinayas including the Great Lamrim Chenmo. Thus, Tsongkhapa has refined the adulterating Buddhist practice in Tibet to authenticate the Nalanda Tradition of Mahayana, just like the blazing sun.

We will be celebrating Je Rinpoche’s Parninirvana with meritorious prayers, meditation, chantings, and a special Tsok at the Buddhist Institute. Practitioners far and wide are invited to come as well as those with a genuine interest in Buddhism. Kindly consider bringing fruits or flowers to offer to the altar.